99 Names of Allah with meanings

​Learn the 99 Names of Allah 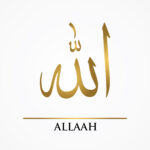 “So know, [O Muhammad], that there is no deity except Allaah and ask forgiveness for your sin and for the believing men and believing women”. (Muhammad 19)

Knowing Allaah Subhanahu Wa Ta’ala, His Names and Attributes is the greatest, honorable and tremendous knowledge one can ever seek.

The proof is:
Narrated Abu Huraira: Prophet Muhammad (peace and blessing of Allaah be upon him) said:
“Allah has ninety-nine names, i.e. one-hundred minus one, and whoever knows them will go to Paradise.”
Sahih Al-Bukhari – Book 50 Hadith 894
Abu Huraira reported: Prophet Muhammad (Salla Allahu Alayhi Wa Sallam) said:
“Verily, there are ninety-nine names for Allah, i.e. hundred excepting one. He who enumerates them would get into Paradise.”
Sahih Muslim – Book 35 Hadith 6476

“Allah – there is no deity except Him. To Him belong the best names.”
Surat Taha 20:8

The proof is:
“And among people and moving creatures and grazing livestock are various colors similarly. Only those fear Allah, from among His servants, who have knowledge. Indeed, Allah is Exalted in Might and Forgiving”
Surat Fatir 28

Learning the Names of Allah Subhanahu Wa Ta’ala leads the servant to know Allah and to act according to the meaning of His beautiful names. i.e. When we know that Allah is The Most Merciful, we try to spread mercy in this world.

Allah Subhanahu Wa Ta’ala doesn’t accept to be called on, unless by what He Subhanahu Wa Ta’ala told us to call on Him; therefore, to learn Allah’s beautiful names, there are two sources of knowledge that the Muslim should refer to in order to learn about Allah Subhanahu Wa Ta’ala; these two sources of course are: the Holy Quran and the Pure Sunnah of the Prophet (peace and blessing of Allaah be upon him).
“So know, [O Muhammad], that there is no deity except Allah and ask forgiveness for your sin and for the believing men and believing women”. (Muhammad 19)

“He is Allah, other than whom there is no deity, the Sovereign, the Pure, the Perfection, the Bestower of Faith, the Overseer, the Exalted in Might, the Compeller, the Superior. Exalted is Allah above whatever they associate with Him. He is Allah, the Creator, the Inventor, the Fashioner; to Him belong the best names. Whatever is in the heavens and earth is exalting Him. And He is the Exalted in Might, the Wise”
23-24 Surat Al Hashr.

“Say, “He is Allah, [who is] One, Allah, the Eternal Refuge. He neither begets nor is born, nor is there to Him any equivalent”
Surat Al-ikhlas

“Indeed, it is Allah who is the [continual] Provider, the firm possessor of strength”. Surat Adh-Dhariyat 58

Today, Alhamdulillah, it has become easier to seek knowledge. There are many Websites through which Muslims from all over the world can get to learn and study everything about their religion and here is a website that I highly recommend for my brothers and sisters in Islam, those who are willing to learn more about their religion and to know the 99 names of Allah Subhanahu Wa Ta’ala , perhaps Allah Subhanahu Wa Ta’ala will grant us His mercy and gather us in His Jannah.
Also to mention that Allaah’s Names they are not Limited to a Set Number, please read this statement from Prophet Muhammad (Peace and blessing of Allaah be upon him) here you will understand why.

For anxiety and sorrow:

O Allah, I am Your slave and the son of Your male slave and the son of Your female slave. My forehead is in Your Hand (i.e. You have control over me). Your Judgment upon me is assured and Your Decree concerning me is just. I ask You by every Name that You have named Yourself with, revealed in Your Book, taught any one of Your creation or kept unto Yourself in the knowledge of the unseen that is with You, to make the Qur’an the spring of my heart, and the light of my chest, the banisher of my sadness and the reliever of my distress.
Allaahumma ‘innee ‘abduka, ibnu ‘abdika, ibnu ‘amatika, naasiyatee biyadika, maadhin fiyya hukmuka, ‘adlun fiyya qadhaa’uka, ‘as’aluka bikulli ismin huwa laka, sammayta bihi nafsaka, ‘aw ‘anzaltahu fee kitaabika, ‘aw ‘allamtahu ‘ahadan min khalqika, ‘awista’tharta bihi fee ‘ilmil-ghaybi ‘indaka, ‘an taj’alal-Qur’aana rabee’a qalbee, wa noora sadree, wa jalaa’a huznee, wa thahaaba hammee

Ahmad 1/391, and Al-Albani graded it authentic
If you like a beautiful way to learn 99 Names of Allah Subhanahu Wa Ta’ala click the learn more button below.
[button size=”medium” style=”primary” text=”Learn More” link=”https://dkir.com/shop/allaah-allah-99-names/allaah-allah-99-names-digital-picture-frame-brown/” target=”self”]
The Names of Allaah (Glorified Is He The Most High) were taken from a book called Exemplary Principles Concerning The Beautiful Names And Attributes Of Allaah. By Shaykh Muhammad Ibn Saalih Al-‘Uthaymeen and Translated by Moosaa Richardson.
If you like to purchase the book click here.

Tags:
99 names of allah
Newer Al Awwal – The First – 99 Names of Allah
Back to list
Older How to do Wudu
Start typing to see posts you are looking for.
Shop